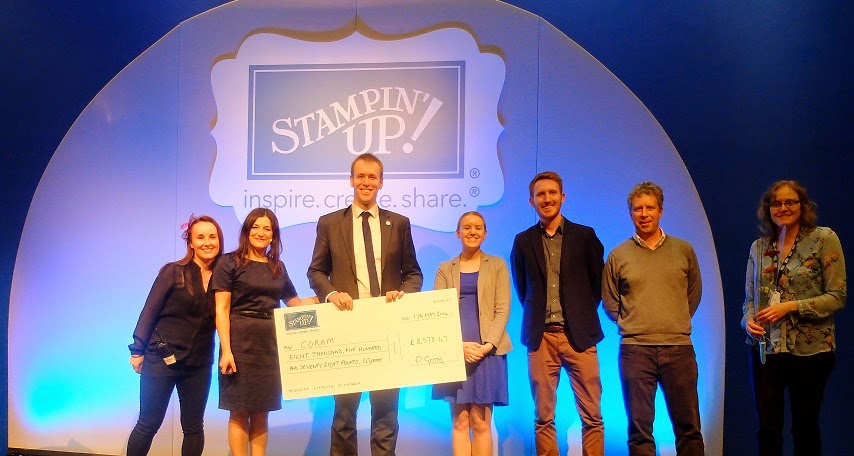 You might remember me telling you about Stampin' Up!'s Card for Keeps Charity Auction? Well last week marked the grand finale, as the creations from the contributing artists and celebrities finally went to auction on Ebay. The auction made for fantastic viewing with several cards triggering tense bidding wars.

In the end, it was Tom Hiddleston – star of the Marvel films – whose heart-design card fetched the highest sum, just pipping Benedict Cumberbatch’s effort by raising an incredible £2,850.

These impressive sums contributed to a superb final total of £8,578.47!

All of this money will be donated to the UK’s first children’s charity, Coram. Coram transforms the lives of some of the UK’s most vulnerable children through services such as Adoption and Creative Therapies. So we think you’ll agree this is an extremely worthy cause!

The grand total raised was officially announced on 17 May at the UK Regional event in Telford, where the cheque was presented to the charity.

How great is that? I love being part of such a fabulous company who recognise the importance of community involvement.
Posted by Unknown at 06:00

Promote Your Page Too

Project Life by Stampin' Up!